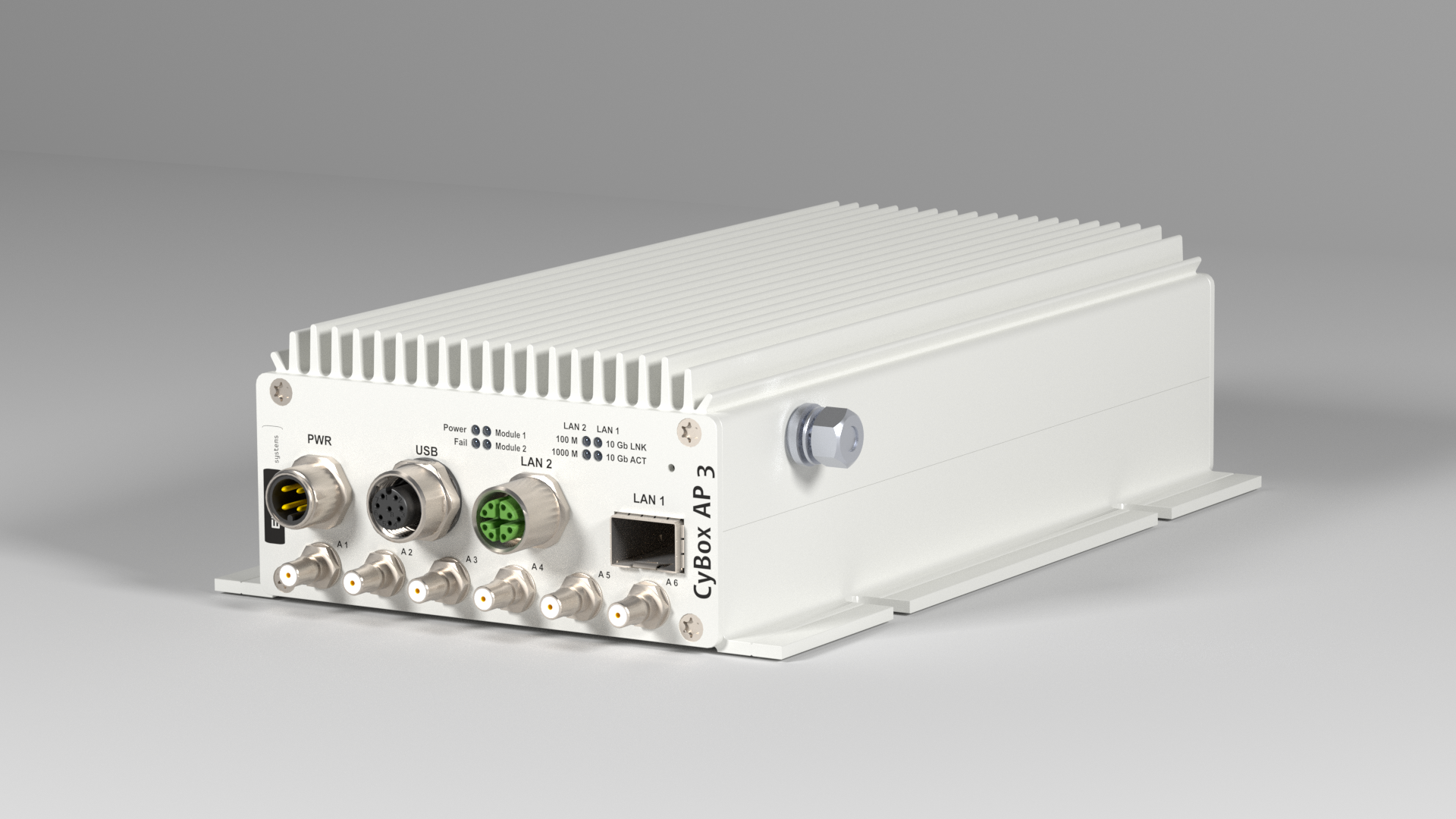 Mainz, September 11, 2018 – At the InnoTrans 2018 (Hall 6.1, Booth 225), ELTEC Elektronik is presenting the CyBox AP 3-W – the company's third generation of its CyBox access points. They allow multiple WLAN-enabled devices in a passenger train, bus or on the subway to communicate with the Internet or access local data, such as schedule information, videos, etc. The extended features compared to the previous generation include among other things higher Wi-Fi data rates with MU-MIMO support and an Ethernet backbone with up to 10 Gbps.

The access point enables the simultaneous operation of two WLAN radios in the groundbreaking IEEE802.11ac Wave 2 standard with data rates of 2 x 1700 Mbit/s. In addition to higher data rates, Wave 2 also supports multi-user MIMO (MU-MIMO). MU-MIMO allows a Wi-Fi router to communicate with several devices simultaneously. This reduces the time that each device has to wait for a signal and significantly increases the speed of the network.

In order to be able to use the bandwidth of both Wi-Fi radios, the new CyBox AP 3-W has an optional 10 Gbps Ethernet uplink configurable via SFP modules. The CyBox AP 3-W works with a powerful QorIQ. It offers ample performance reserves to also attain sufficient throughput rates when the WLAN standard evolves further.

All Wi-Fi access points by ELTEC offer a high level of security and user-friendliness: A configurable firewall protects the individual users' private data against unauthorized access and supports the secure and interruption-free data exchange with the Internet. The CyBox AP can be flexibly configured via the convenient user interface or by SNMP commands. Besides setting up global parameters, it is possible to completely configure the WLAN interfaces, including channel selection, SSID, encryption, firewall settings, etc.

« Back to news index